Dedicated staff and generous customers of Charlies Stores raised £27,282.29 for the Air Ambulance in 2019.

As has become a Christmas tradition for Charlies, £2 was donated from the sale of every real Christmas tree. This year the total number of trees sold amounted to 5,500 across all stores.

Two of the stores found themselves to be in particularly fine voice over the festive period, welcoming some special singing visitors to take up residency. The Coed-y-Dinas store was joined by three yetis while the Shrewsbury store’s reindeer delighted customers with their Christmas tunes.

As well as this, other initiatives included a flower arranging evening, wreath making workshops, a bake sale and Christmas raffle for staff.

The total amount raised for the Air Ambulance by Charlies Stores since 2012 now amounts to an impressive £84,528.

Charlies Stores Managing Director, Rebecca Lloyd, presented a cheque to the Welsh Air Ambulance crew at the charity’s Welshpool base.

Rebecca said: “Having raised over £18,000 in 2018 for the Air Ambulance we had certainly set ourselves a high bar to beat. Thanks to our generous customers and dedicated staff we are very pleased to say that the total amount raised in 2019 was over £27,000! We’re proud to be able to donate such a large sum of money to what is an incredibly worthy cause and look forward to trying to beat it again in 2020.”

Andrew Hall said: “We are very grateful to all at Charlies Stores for the ongoing support that they give to Wales Air Ambulance, and to the generosity of the public who donated such an incredible amount. 2020 is an important year for the Wales Air Ambulance Charity as we would like to achieve our aim of becoming a 24/7 service. With the ongoing support of organisations like Charlies, we can be available for the people of Wales day and night. We look forward to working with Charlies Stores throughout the year in other fundraising initiatives.”

Wales Air Ambulance was launched on St. David’s Day in 2001. From humble beginnings as a one-helicopter service, it has grown into the UK’s largest air ambulance operation with four aircraft at bases in Welshpool, Caernarfon, Llanelli and Cardiff. It is the only air ambulance charity based in, and dedicated to, Wales. The Charity is currently a 12-hour service, 8am – 8pm, but would like to become a 24/7 service in 2020. To achieve this, Wales Air Ambulance needs to raise £8 million pounds every year. 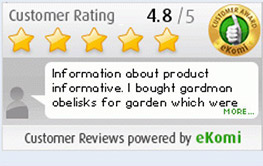